“Sketch the Future: Competition for Ideas that Connect Me and Refugees” (“Sketch the Future” hereafter) Implemented for Young Japanese People to Take on the Refugee Crisis (2020 EDU-Port Supported Project : World Vision Japan)

Following the outbreak of the Syrian crisis, in northern Jordan, where countless Syrian refugees have been taken in, World Vision Japan (WVJ) has been implementing educational support projects since 2014, which offersremedial education program to Syrian refugee children and Jordanian children who have been impacted by the conflict. As part of the remedial education program, WVJ has engaged in the improvement of life skills among the children, the reinforcement of their resilience (ability to cope with difficulties), and the mitigation of discrimination and promotion of social cohesion among children of different nationalities, through the application of Japanese-style special activities such as classroom activities “Leader of the Day”, recreational activities, and events, including excursions and school festivals. 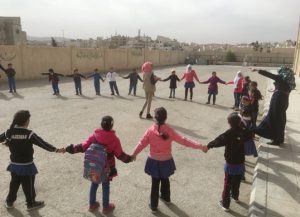 As a selected Edu-Port pilot project in its second year, WVJ held an idea competition event, “Sketch the Future 2021,” with the aim of raising awareness of the refugee crisis among youths in Japan. In the double-shift system of primary schools in Jordan (Jordanian children attend in the morning, and Syrian children attend in the afternoon) , due to the shortened classes and the lack of opportunities for Jordanian and Syrian children to interact with each other, there have been issues such as stress behavior, discrimination and bullying among the children. Given the above-mentioned challenges, the theme for the idea competition was “Ideas that allow children from different backgrounds to deepen their mutual understanding so that everyone in Jordan can continue to go to school with peace of mind”.

Outline of the Idea Competition:

Applications for ideas began on World Refugee Day 2021 (June 20, 2021). By the deadline in mid-August, 100 ideas were submitted from groups and individuals. On September 26, the nine finalists (teams) who had passed through pre-qualification put all of their strength into the presentations that they made. After each of the presentations, the judges asked questions and made comments to dig deeper into the presented ideas. The idea of a participant, “Share Your Knowledge, Treasure Hunt” was selected as the winner, which will be implemented at schools in the actual project area in Jordan in spring next year. The Treasure Hunt activity is expected to create opportunities to deepen mutual understanding through interaction between the Syrian and Jordanian children. The implementation of this idea also has the aim of creating more opportunities for interaction between the local children and the Japanese children and youths who participated in the idea competition event. 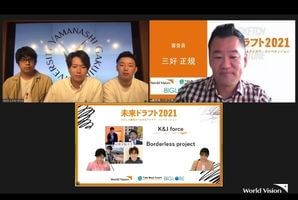 Image 2: Presentations in the finals and commentary by the judges 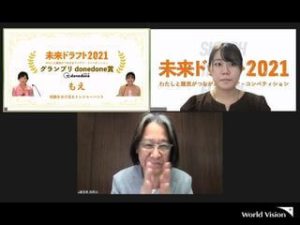 Image 3: Announcing the grand prize. In the lower part of the image is Osamu Fukushima, chief judge, professor at Tokyo Polytechnic University, and Head of Fukushima Design

Many youth participants in Sketch the Future competition submitted ideas based on their own educational and school experiences. By reflecting on their experiences, Japanese youths made an effort to imagine the feelings and the issues being faced by “the children of refugees” in Jordan, which is a completely different environment from that of Japan. The process of imagination as they came up with their ideas helped each and every participant to understand the problem in a serious way. Although there are limited opportunities for social and emotional learning (SEL) in Jordan, the ideas presented by the Japanese youths reaffirmed the importance of providing opportunities for diverse experiences and exchanges that are often addressed in Japanese schools, such as special activities. This event was a reminder of the importance of promoting opportunities for Japanese children and youth to learn about and engage with challenges of children from different cultural backgrounds, in a way that their own experiences in Japan help them to better imagine and understand that of others..

Image 4: Picture of participants and judges