Promotion of International Cooperation Bangladesh (PICB), in cooperation with Kyushu Institute of Technology, Kyushu University, and Japan University of Economics, has engaged in the effort to introduce Japan’s science technologies by inviting students and teachers from Bangladesh under the Sakura Science Plan of Japan Science and Technology Agency (JST) over the past four years. As it seemed difficult to invite participants to Japan in 2020, we decided to hold the workshop online using Zoom. Specifically, students who had learned in Japan introduced, using slides and movies, their activities in Bangladesh that are based on what they had learned while in Japan on July 25, 2020.

Mr. Kanchon Kanti Podder from University of Dhaka reported that he had started waste sorting he found in Japan at University of Dhaka. He will form a group to promote waste sorting as a part of education among elementary schools in rural areas. Mr. Ruhul Ameen from University of Rajshahi, who visited a Japanese elementary school which offered English class by connecting internet access with its counterpart in the Philippines, reported that he was establishing a language e-learning project in Rajshahi based on the experience. He has found no trouble in establishing this project so far.

It is very interesting that what they had learned or experienced in Japan has been actually utilized in Bangladesh. 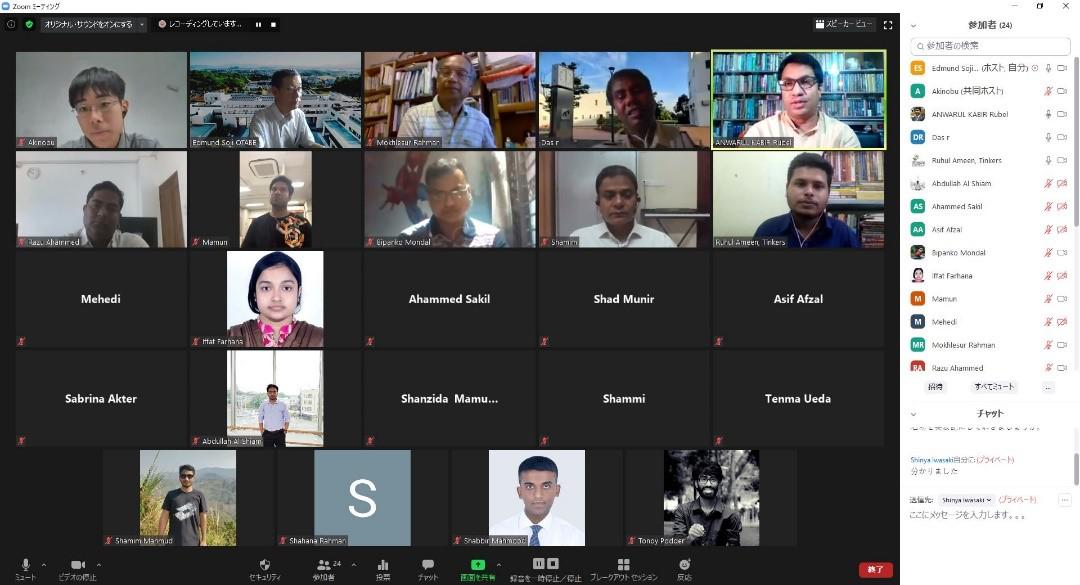